Wiring Up Your Home Office

​Are you one of the 42% of Americans currently working from home? Economists and human resource experts are anticipating that the new work from home economy, dramatically increased due to the pandemic, will continue long after the health crisis has ended.

If you are going to be working from home indefinitely, you need to make a plan for a separate home office that is used only for business. There are several reasons you should have a dedicated home office, including:
It’s a tax deduction.

Of course, there is a lot more to creating a home office space than just moving in your desk and setting up your printer. There are a lot of things to consider, including making sure that your home office is able to handle all of your necessary electronic equipment and support your productivity. 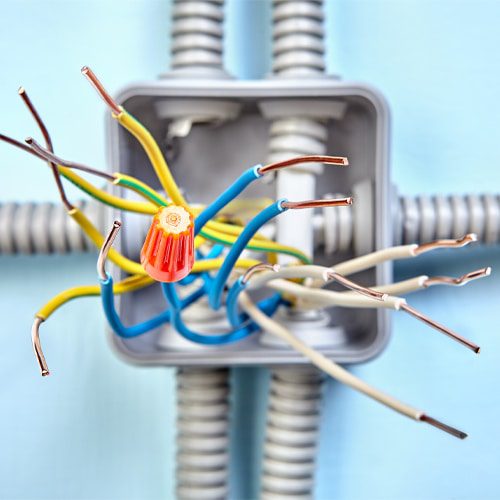 Electrical Considerations Before Dedicating a Room as a Home Office

For your new home office to work for you the room will have to be adapted to the purpose based on your current and future office equipment needs. Most rooms in your home will not be suitable for meeting all of your business requirements. You will usually need to complete at least some electrical work to make the room work for you.

Many rooms also lack the wiring and receptacles necessary for connecting to the internet. If your business requires that you have a separate more secure connection this will be an issue. You may also consider whether or not you want your own independent temperature control. All of these require new wiring to be installed.

If you are a savvy DIY homeowner, you can handle some simple wiring or switch upgrades on your own. But there are some shortcuts that many homeowners take that could put your equipment or even your home at risk of power surges and electrical fires.

The most common mistakes you should avoid include:

Most of these mistakes can be cured by installing high quality, grounded outlets in the areas of the room where you really need them. You can wire an outlet yourself if you’re sure the breaker box can handle the load, but you should have an electrician wire the outlet from the room to the panel box itself.

If you attempt to add electrical outlets or lighting to a room on your own, you could be making some serious mistakes that put your equipment and home at risk. Here are some of the most common wiring mistakes and how an electrician can help you avoid them.

Have you always wondered why some plugs have a third prong? This prong on an outlet should be connected to a grounding wire, which helps reduce the risk of power surges and circuit fluctuations. Just replacing a 2-prong outlet with a 3-prong to make them compatible with your computer equipment is creating a false sense of security. Without running that grounding wire from the outlet to the panel box, you’re plugging that third prong into, essentially, nothing at all.

Wiring new outlets without checking or upgrading the circuit and panel box capacity.

You can certainly wire a new outlet in a room, but can the breaker for that room handle the additional load? If not, you could end up with ruined office equipment or a damaged electrical panel.

You need to get a professional electrical inspection prior to making any changes to the room to ensure that the panel box is able to handle the additional load. This goes for any change you want to make, not just adding an outlet. 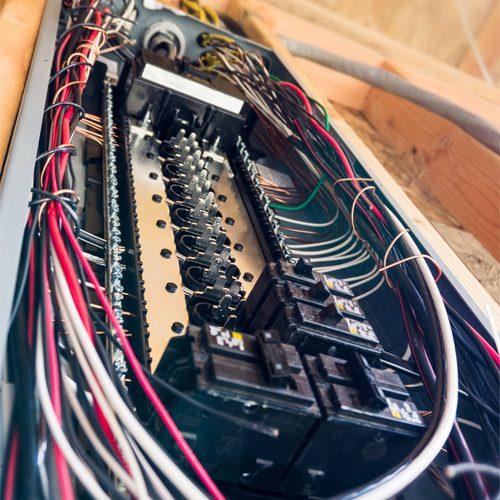 Installing a ceiling fan in replacement of a ceiling light fixture without checking load capacity and wiring requirements.

Even though you might install a ceiling fan in the same spot as a previously existing ceiling light, you should still get some insight from an electrician before proceeding. Ceiling fans can take a lot more energy than a basic light fixture, and you need to make sure that your home’s electrical service is set up to handle it.

You might think that you are protecting your computer and office equipment from electrical surges with your current power strips, but you are probably mistaken. In fact, most power strips are not surge protectors at all, and even those that are may not be sufficient to handle your equipment.

Not only does relying on typical external surge protectors put your equipment at risk, it can also create a fire hazard. You can get more protection from a surge protection box designed for computer equipment, but these often require some additional wiring and perhaps a panel upgrade.

If you’re doing a panel upgrade anyway, you should really consider adding a surge protector to the panel box itself. Installing a surge protector at the source breaker box will prevent surges from affecting anything in your home. You may also want to put your office on its own circuit breaker for more reliable service.