Why Does My Home Smell Fishy? 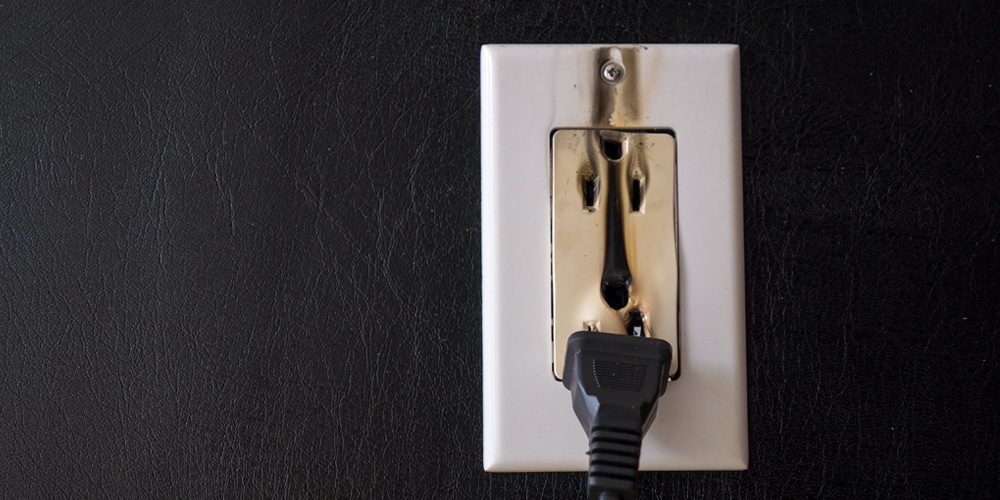 You probably don’t think, “electrical issue” when you smell fish. But you should. If no one has cooked fish recently and you notice a fishy smell, it could be an indicator of an electrical emergency. Hopefully you’re not experiencing this smell right now, but read on to learn important information to protect your home and family.

What is that fishy smell?

When you have a fishy smell in your home that you can’t pinpoint, you might first think it is a plumbing or HVAC issue. But electrical components often give off this smell when overheated, and 90% of the time this odor is a sign of a serious electrical issue.

As soon as you smell that fishy odor, you need to call an electrician right away. The technician will do a thorough electrical inspection of your home, locate the source of the smell, and make the necessary residential electrical repairs to prevent an electrical fire.

If you are smelling a very strong fishy odor throughout your house, you should call 911 as well as calling the electrician, as an electrical fire could be imminent.

There are a few different reasons that your electrical components could overheat. The most common reasons are the breakdown of components leading to poor connections, or the breakdown of wiring insulation. Only a thorough electrical inspection can locate these issues for repair, although you may be able to narrow down the area of the problem by following the fishy smell.

Another reason that electrical components could be too hot and pose a fire hazard is electrical surges. When more electricity is running through wiring or outlets than they are designed to handle, it can overheat the components and start an electrical fire. If you notice any signs of your electrical outlets, light fixtures, or appliances overheating or getting excessive current, you should call an electrician and 911.

Most Common Problem Areas in the Home

There is no doubt that some areas of your home are more susceptible to electrical fire than others. The most common electrical issues have to do with lighting and outlets, although deeper issues could be the cause of a fishy smell in your home.

Electrical outlets are the most common electrical problem area because they are used so frequently. You are often plugging and unplugging electrical appliances and devices to the outlet, which can break or wear down connections. If you have an appliance that is causing a surge, this can also cause the outlet to arch.

Hard-wired light fixtures, such as overhead lights, can also be a point of electrical fire hazard. These light fixtures are similar to outlets in the way that electricity is delivered. Although you don’t do much with the light fixture on a regular basis, it can still be a source of broken or loose connections.

According to the National Fire Protection Association (NFPA), electrical delivery systems or fixed lighting results in damage to more than 24,000 homes per year on average. If you don’t want your home to be a part of those statistics, you should report and address any unusual electrical smells or other signs of a malfunctioning circuit.

The second most common cause of a fishy smell in the home are outdated electrical wiring, breaker box, or other electrical equipment and components. If you live in an older home, your electrical system might not be up to date, or it might be decomposing. When the insulation on wiring begins breaking down, it allows that wiring to overheat.

Old breaker boxes that are not designed for the current electrical load of your family can also be a cause for concern. These breaker boxes can cause electrical surges or arcing faults, which is the cause of more than 28,000 home fires per year on average according to the NFPA. 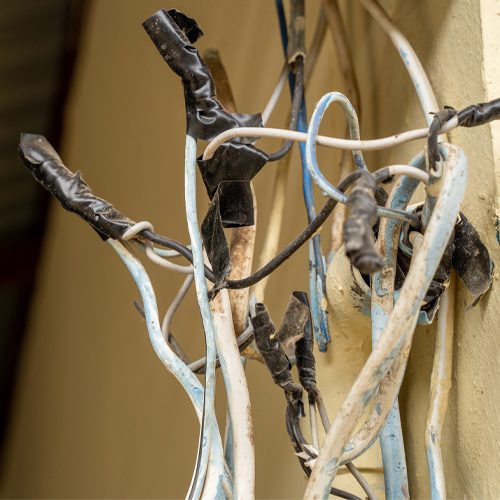 When Your Home Has a Fishy Smell, Contact an Emergency Electrical Repair Technician

Emergency electrical services from a licensed and experienced technician are the only way to go when you start smelling fish in your home. You need to keep your home and family safe from fire hazards, and that means staying on top of addressing potentially hazardous issues.

But you shouldn’t try to find the source of the fishy smell on your own. A licensed electrician will be able to pinpoint the problem quickly and safely. These experienced technicians are also able to make repairs safely, whereas if you try to handle the situation yourself you could be in danger of electrical shock or fire.

Hopefully you’re not getting a fishy smell in your home right now, but if you are, contact us immediately for our emergency electrical service. We will arrive at your home promptly for an inspection and repair. Keep us in mind whenever you have an electrical emergency.

← 2020 Home Electrical Inspection Checklist Why do my light bulbs keep burning out? →